Whether it’s time travellers going into the past to save John Lennon’s life, or a fan who just wants to witness Gram Parsons and Emmylou Harris at Liberty Hall, Houston 1973, my stories often feature music. Music is a constant inspiration for my writing. In fact, I’m presently working on a story that’s about an idol pop group on Mars. So too is music an important part of my life. I’m presently trying to fulfil a long-term ambition to become a musician, learning bass guitar in particular. I want to get good enough to be able to play in a band and perform. We’ll see if that pans out.

But it’s safe to say the main focus of music for me has always been in listening to it. Music’s come a long way from the days when I used to listen to the top 40 on a little portable radio. Today I can get almost everything from internet streaming sites like Spotify, which I listen to via smartphone and bluetooth headphones. There’s no denying the amazing convenience and versatility of finding and listening to your music that way. It seems like our music delivery systems have always been heading in that direction. So, that being the case, why is vinyl still popular at the moment? Why do some of us still enjoy buying those now uber-expensive records, and using that clunky, inconvenient turntable, with those bulky 12 inch records that have to be turned over and cleaned after every play? I even noticed in an episode of Picard, the new Star Trek spinoff, the captain of the ship (Jean Luc is now a passenger) has a record player and a brace of records. In one scene he’s got some old Billie Holiday on the turntable. It’s a beautiful thing, if wildly optimistic for the future of vinyl. But who knows, maybe for some reason records really will last into the Star Trek future?

I can only say, from my own experience, that it has something do with connection. There is something about placing a needle on the groove of a piece of vinyl, and the whole thing going through a hifi system, and looking at the large album art work as you listen – that air of ritual about it – that keeps you connected to the music far more than does just pressing a button on a phone. You’re seeing the inner workings of the thing, everything’s moving like it should be: the vinyl, the needle, the turntable belt, the album art, the speakers, the whole package – a warm crackly sound. It’s not computer chips mysteriously and silently doing their impersonal thing, it’s not vague album art in micro-pixels and maybe an artist and song listing. You can feel it, you can touch it, you can connect with it, and that thrill never goes away.

I used to have a site about popular culture and our responses to it called The Swamp. I wrote an article there that touches on these things and I’d like to share it here with you now. It was inspired by an article called The Art of Tea Drinking, from Lillian Too’s Chinese Wisdom, and by listening to the Beach Boys’ criminally overlooked album, Carl and the Passions. I hope you like it.

Zen and the Art of the Record Playing Ceremony 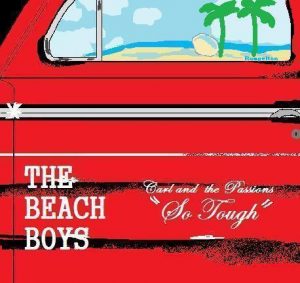 For many decades the record player – or gramophone (or phonograph) – has given great pleasure to the audiophile seeker. It is the audio playback method of choice for all connoisseurs due to its greater opportunity for ceremony and mindfulness compared to the new ‘digital’ methods, which require the mere press of a button. Needless to say, stereo equipment must be of highest quality, made in Japan or a Scandinavian country, possibly using only warm valve transmitters. The record symbolizes earthly purity, so its preparation calls for the most stringent standards of sonic excellence. From the moment they are purchased and stored, to the time when they are prepared for playing, the highly prized vinyl records are kept with the greatest care. The music must breathe.

Consider the LP record, the delivery method by which the music is transmitted. It is a circle. Like the Yin and the Yang, it has two sides. It contains micro-grooves that receive the record player’s diamond needle (or stylus). It is made of vinyl. For maximum mindfulness, adepts seek only the very best vinyl records, sourced from the purist oil fields found only in the inner sanctuaries of the sacred Himalayas, or from ancient coal deposits along the Ganges where the Master walked.

The album is Carl and the Passions (So Tough) by The Beach Boys, a critically derided album at the time of its release in 1972, but in truth, a most excellent piece of vinyl.

Gaze at the cover artwork. Become one with the image of the red car and the hint of nostalgic good times in the window. Part the sleeve and insert your nose, breathing in the heady aroma of vinyl and pressing plant record sleeve – a smell of jasmine and lotus blossoms.

Carefully take the record out of its sleeve and place it upon the spinning turntable platter. Here is the turning point, the moment of ultimate expectation. Breath deep. Remember: you are here, you are now, you are home, you have arrived. Repeat this as a mantra, if need be. Gently guide the stylus arm so that the needle hovers over the lead-in groove openings of the record. When the moment is right, when complete Zen harmony has been attained, let go – let go of stylus and be free.

Sit lotus fashion on a cushion in front of the speakers. Assume a meditative pose. Allow the mind to settle and become mellow. Then, slowly, tune in to Nirvana experience.

As this is a record that is largely quiet and contemplative, listening to it is an activity to be enjoyed in quiet company and in an atmosphere where there is no unbridled showiness. Instead, there should be a relaxed contemplation and a serene feeling of companionship.

The first track, You Need a Mess of Help to Stand Alone, moistens the lips with pleasure.

The second track, Here She Comes, sooths the jangled ears.

The third track, He Come Down, assuages the loneliness.

The fifth track, Hold On Dear Brother, purifies the spirit.

The sixth track, Make It Good, clears the mind.

The seventh track, All This is That, takes me to the realms of the immortals.

The eighth track, Cuddle Up, absorbs me with happiness and brings return to transcendental animal existence.